I. Exchange in Genesis

Joseph has been looked to a type of Christ. In Matthew’s Gospel, there is a clear parallel drawn between Joseph’s journey to Israel  and Jesus with Mary and Joseph at the end of the Christmas narrative.

In both cases, the refrain “you meant it for evil, but God meant it for good” is applicable. God stays the hand of Joseph’s brother’s and allows the boy to be sold into slavery so that Joseph might eventually serve the purpose of saving many, including those to whom the promises had been given. In the Gospel narrative, Herod’s intention is to kill Jesus, but God preserves his Son, so that many might be saved.

Both stories demonstrate a kind of betrayal. Joseph is betrayed by his brother’s who receive a reward for their wickedness; Jesus is betrayed into the hands of his enemies and a reward is given to Judas betrayer. I will address the lack of parallelism (that Judas is not part of the nativity story) in part III.

Further, Joseph is slain as the son, the beloved, but much like in the parable of vineyard who comes to check up on the workers. His coat, stained in blood, is held up before the eyes of the father, and in doing so, guilt is not attributed to the brothers. They are forgiven or held blameless through the device of the robe and the blood of an animal they have slain.

Skipping ahead, Joseph who was cast down as a slave and nearly murdered by his own, is providentially raised up and bears fruit as a placeholder for Pharoh, his Image, even as his Wisdom. In this manner, Pharoh is a type of God or father, which fits with the Egyptian cult. He becomes Pharoh’s stand in, who stands in place of pharoh for the sake of many.

When his brother’s come before him, he pretends not to know them; they are not welcomed into his presence as family. They must undergo trial and testing in a dual sense, and yet it is he who grieves and bears a large portion of the pain of these episodes. In wisdom he witholds his favor so that he may freely and righteously display it at the divinely appointed time.

He accuses them of being spies, takes one of them for ransom, and demands to see the youngest.

Long ago, on the day of Joseph’s betrayal, the brothers had considered him a spy of their father, and Joseph’s superior standing and prophecies bothered them. Again the parable of the vineyard should stand out.

Now he tests his brothers to see if they will abandon one of their own again. The only ransom for their brother, to recieve his resources and care, and to see his face is the father’s beloved son, the only one (left) of his favorite wife.

We see from a divine perspective the agony of the Father. The very life of Jacob is tied to Benjamin (the son of his right hand). If Benjamin would be taken from him, it is as if his own life would be forfeit.

First one brother proposes to exchange his sons for a promise of Benjamin’s safety. It is only when Judah offers his very self that his father Jacob agrees.

Jacob places a cup in Benjamin’s sack and tests the brothers to see if they will once again sacrifice their youngest for the sake of their own freedom. Benjamin is the beloved not only of Jacob, but Joseph as well.

Judah begs to exchange his own life and freedom for that of Benjamin and his Father’s well being.

Thus, in Joseph’s eyes, Judah has exchanged his hard heart and wicked ways in repentance, by enacting a reversal of the betrayal narrative. In this manner, while Joseph is politically superior to his brothers, through trial he allows them to enter into a relationship that partly restores their moral standing before him.

In the context of exchange and self-sacrifice, Joseph reveals himself, beckons his brothers into his favor, and invites them to exchange their fears and misgivings regarding their evil deeds for the greater goodness of God’s plan.

III. Suggestions for Interpretation of the Exchange Trope

If I have let the Scripture do its work, the Joseph Saga should have emerged as a kind of proto-Gospel. More simply put, it should bear the shadow or type of Christ.

But there are difficulties. The sacrifice of the “Beloved Son” occurs more than once, and quite early in the story. The “Beloved Son” is played by at least three parties (Joseph, Benjamin, and Judah). The redemption occurs in Egypt rather than in Israel.

How can these problems be reconciled? They can be reconciled in understanding type and allegory, and also using allegory to undergird the spiritual interpretation of scripture. Let’s begin with the last issue raised:

Egypt is the land of sin and slavery; Israel is the promised land. Allegory must possess a structure of same and other. While redemption occurs in both Joseph & the Nativity (same), the kind of redemption is distinct (other). Joseph provided material resources for his family and those he feeds, Christ provides eternal life. While we saw that the them of reconciliation was important to the Joseph Saga, the Genesis story deals with reconciliation largely on a familial rather than cosmic order.

The Gospel must be read as the source and underlying structure of the Joseph Saga. Thus in Allegory, their is a primary reality and a secondary. 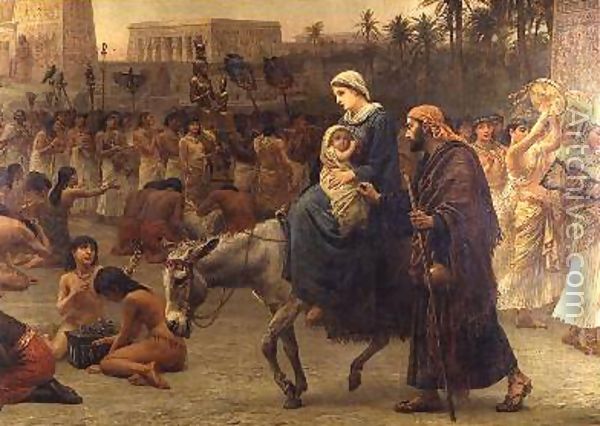 God’s only son is figured in multiple individuals. This makes sense when we again scale the story according to its order of magnitude. By definition, the only perfect Image of the invisible God cannot be imaged by an individual creature. To read God’s Image in the Hebrew Scriptures means looking for unity refracted and reinterpreted in multiplicity.

An example of this is found in the test of Abraham. Neither Abraham nor Isaac are meant to bear the full weight which the Lamb Slain from before the foundations of the world does. Thus, the angel who stops Abraham, and the ram which takes Isacs place are not deus ex machina, but a reminder of our need for divine mercy. Thus the Lord shall Provide/See.

Further, those refractions means that likeness of Christ may be depicted in reverse. That is in sin we still image God: the exchange of lea for rachel; Jacob for Esau. And we see that God’s purposes are still not thwarted. For instance, in the case of the brother’s showing Jacob the bloodied robe, he is fooled. Clearly, God the Father is not fooled when we put on Christ. Genesis remains faithful to a living sense of sameness and otherness to the Gospel. Readers can see the likeness to the Gospel, even as they see its unlikeness and delight in the sons’ fitting ‘fooling’ of a man who once fooled his own father. Of  course, Jacob may have had his own suspicions, but all this has to do with the fact that sinful men are being used to figure the Christ narrative (the story and Spirit of a perfect Father and Son, the one Trinitarian God).

In Scriptural Allegory, God shows us that he is incarnate and merciful, and not merely a God of wooden Types. Thus God desires not merely his image and type displayed in Joseph, but in each of the brothers…and thus in every man. We are all called to share in the cross. 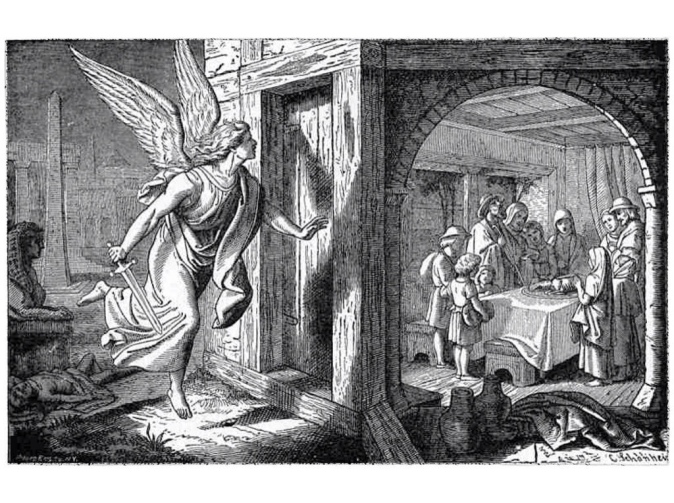 This answer suffices for the first problem which is that of order. Why would the sacrifice or betrayal occur early in the Joseph Saga and at the end of the Gosepl? We must not mistake the mathematical center of a story for its narrative center. Also, the betrayal, sacrifice, and reconciliation in the Gospel and in the bible run throughout and are not merely at one point. The cross is the ultimate unity, origin and reality of all those other points. The event, scale, intention, and narrative, and characters of the Joseph story are simply not those of the Gospel. However, when read as dynamic participation and not wooden imitation of the Gospel, one may see the light of the cross shine throughout.

Finally, the concept of exchange is simply one Allegorical way into Scripture and can be followed, not only in Genesis, but throughout.

One thought on “Notes on Exchange in Genesis: The Allegorical Sense of the Joseph Saga”