The success of the political order in A Brave New World comes at the price of social and personal maturity. Yet, it is a price the controllers and engineers of that society willingly pay, making the very success of their social experiment a failure. Remarkably, the failure of this system finds its origin in values first codified during the Enlightenment.

It was during the Enlightenment that hope i

n reason and science took on utopian proportions. Every social and material obstacle mankind faced would one day fall before their power, it was thought.

It was also in this period of optimism that the practices of science were severed from any consistent superintendence by conscience or religion. The humanist project which first emerged during the Renaissance here developed a more radical and ultimately less human character.

Coinciding with this shift, modern political theorists abandoned the ethical-teleological foundations of their classical forerunners. Political theory instead embraced a truncated sense of social purpose.The polis was no longer thought the cradle of human flourishing; it was merely the guardian of a predominantly negative liberty. Negative liberty is freedom from interference, rather than freedom to develop ourselves in the context of virtue, ethics, wisdom, and charity.

Unchecked scientific optimism and negatively liberty served as guiding lights to the Enlightenment. Today, they continue to shape our own view of politics and human nature. We continue to favor practical, material, and immediate results to the any spiritual or transcendent calling which God has placed upon us.

A Brave New World can be read as Huxley’s fictional extrapolation upon those values. The world order in his novel is structured by the unfettered force of reason, scientific materialism, and the belief that freedom is best directed by immanent social good and individual pleasure. This is why so many readers find the story so familiar and frightening. The prophetic novel reveals how technology and freedom can collude even to their own detriment, and certainly to ours.

Noble as they appear, at first, science and liberty (when deified) devolve into the preservation of peace and pleasure. Through the eyes of modern political theory, peace is the most essential first work of mankind. From the perspective of scientific materialism, that which contributes to social stability, human health and pleasure, must always be good.

But scientifically engineered peace comes at the cost of true freedom, and this freedom comes merely to mean the freedom to peacefully pursue pleasure, uninterrupted by the business of moral development. 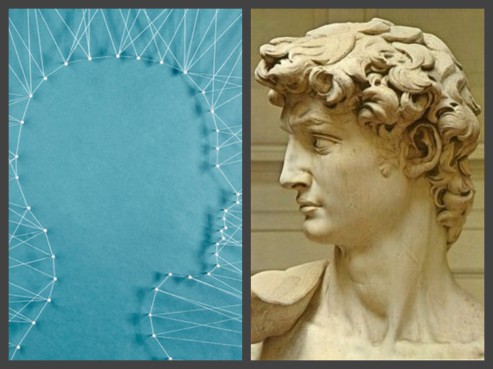 Under such conditions, man becomes directed inward, while science caters more and more radically to this end. The good of social stability, that first requirement of social freedom, comes to supersede all other ends, even freedom itself. In doing so, it directs science not to the project of knowledge or discovery, but instead, presses it into the service of social stability. Thus science is reduced to engineering.

The individual, once another ensign of the Enlightenment, disappears in the outworking of scientific materialism and liberty. Remarkably, society itself actually disappears along with the individual, and what we are left with is hardly human or social. When the human being ceases to be recognized as a person, human society ceases to be possible. This is the subject of the second meditation on A Brave New World.

*Featured Image: The Prologue and the Promise by Robert McCall